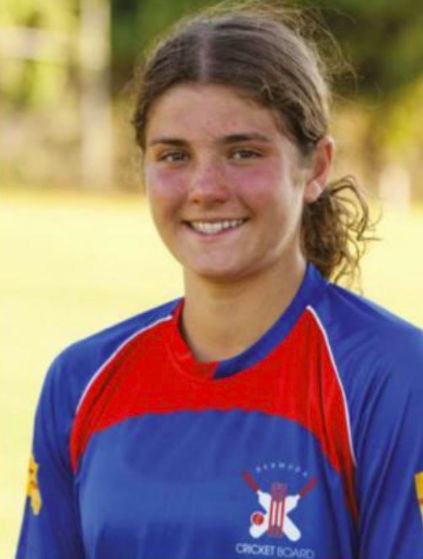 Bermudians are serious about cricket! The game has been played on the island since the 1700’s – with the first recorded match taking place on August 30th, 1844.

The BCB has chosen to highlight outstanding cricketers Brianna Ray and Shane Robinson.

Seventeen-year-old Brianna Ray currently attends the Sedbergh School in Cumbria, England where she is studying for her A Levels. Brianna is the 2019 recipient of the Minister’s Award for cricket, an award she’s won 3 years in a row. She previously attended Saltus Grammar school where she led her team to victory during the Axis Middle Girls All Star Cricket match. Brianna was named Captain of the West Team and was awarded the Most Valuable Cricketer for her contribution with the bat and her exemplary skills as a wicketkeeper. She also went to the National Finals with her netball team and was awarded with her netball colours. Brianna has received academic colours for her GCSE results. Her father, Gary Ray, says he’s proud of his daughter’s achievements. “Brianna is dedicated. She’s sports minded and academically solid.” Mr. Ray is also a cricketer, playing in the evening league, and for ECL’s Tuff Dogs and Central County Player. “The sport has given Brianna the opportunity to go away, and it’s given her independence and confidence,” he says.

Brianna – how long have you played Cricket?

What team do you play for?

“I have been on all the ‘A’ teams at Sedbergh during my time here. I have trialed for Northern Diamonds and the Thunder Academy at Lancashire. I also train with the U19 team in Bermuda.”

“Playing for fun at Saltus got me into the sport, as well as my dad.”

“How diverse the game is and hitting a cover drive.”

“I am an all rounder, bowl medium pace and am a middle order batter.”

“I encourage more girls to play cricket. It should be offered to all girls, especially those looking for something new to try. What I’d tell girls that are trying to get into cricket is that it is a satisfying, different and exciting sport to play where there is a place for everyone. Getting into it, you do not have to be a super athlete – anyone can play.”

In addition to being the Captain of her cricket team, Brianna is also the Captain of her netball team. Mr. Ray says Brianna’s committed. “She gets up at 6am to train from 6:30 to 8:30, six days a week. She goes to school, then does strength training, then studying until 10pm. Even on Sunday, her day off, Brianna does something to work out. She’s a mature, independent, professional thinking athlete.”

For Shane Robinson, cricket is a family affair. Shane is an honor roll student, and Silver Community Service award recipient at Berkeley Institute. He has been playing cricket for the past eleven years and as much as he loves the sport, he also says school come first. In July of 2019, Shane was diagnosed with Scoliosis which required him having major spine surgery. His father, Shane Robinson, says “Shane loves sports and was determined to play. After surgery, he had to learn to walk again and be able to walk a mile unassisted. His motivation was Cup Match. He was determined to walk that mile so he could be home for Cup Match 2019”. In March 2020 Shane was invited to try out for the U19 National Cricket Squad.

Shane – how long have you played cricket?

“Eleven years. I started out playing for Pembroke Hamilton Club (PHC) and I currently play for the Flatt’s Victoria Recreation Club and the Bermuda Under 19 team. I had an unforgettable opportunity to play for Colt Cup Match for St. George’s Cricket Club in 2018. And I’m one of the youngest players to play Eastern Counties (Flatts).”

“Cup Match drew me! My parents are avid Cup Match lovers – they are there before the first ball. My first Cup Match was so exciting, fans cheering on their teams, the anticipation of each ball bowled, the crowd calling players names and celebrating the player’s accomplishments. All of it sparked my desire to play cricket.”

“The skill required and the ‘gentlemen-ship’ of the game.”

Have you won any awards?

“Man of the Match 2018 Jr. Eastern Counties, MVP award, Best young player of the year, Best Catch and Most Wickets.”

“I consider myself to be an all-rounder. I can play anywhere on the field and bat and bowl.”

What would you say to encourage others to play cricket?

“I encourage young people to get involved with playing cricket because it’s a beautiful sport. You learn so much. It’s as much an individual sport as a team sport. You develop your own skills and techniques that benefit your team on the field. You learn class, respect, and sportsmanship. Cricket also teaches humility.”

Kennette Robinson (mom) says, “Shane is an excellent footballer and cricketer. I’m glad he’s chosen to focus more on cricket because of what the sport offers – discipline, determination, dedication, and patience – skills that will go a long way in life. Cup Match is my favourite holiday. I’m there both days before the first ball.” Shane, and his father, encourage parents to get their children involved in cricket. “The life skills they develop while having fun and enjoying the game is long lasting.” 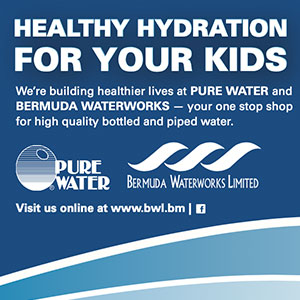