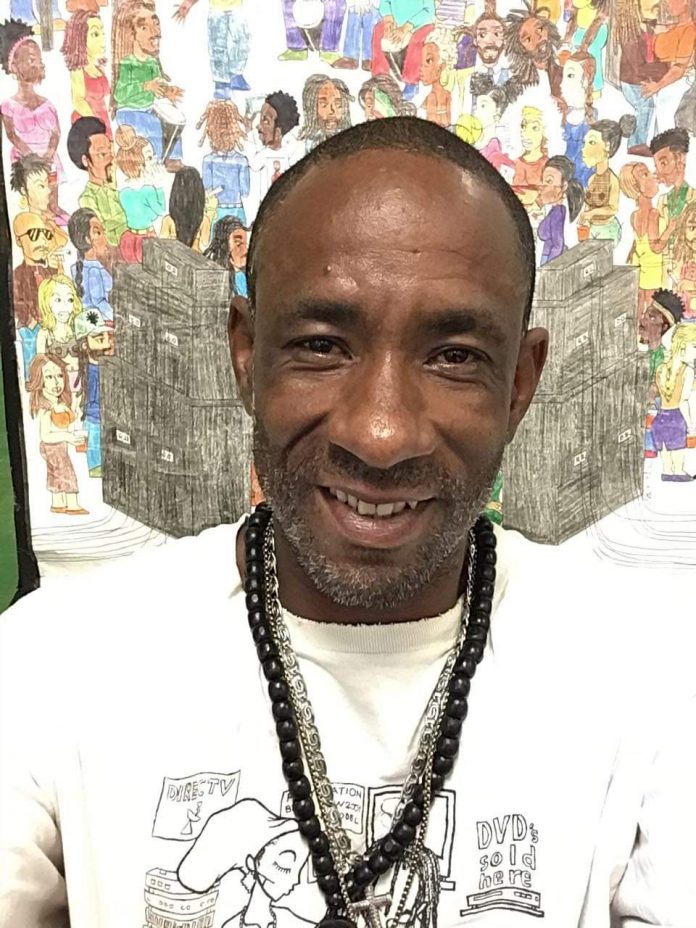 The artist Gladwin C Daniels was born in the Isles of Bermuda. He was educated at Southampton Glebe Primary School, Warwick Academy, and Bermuda College, before graduating from Fryeburg Academy in 1990 (Maine, U.S.A). He then attended American Intercontinental College in Atlanta (1991) wherein his first two semesters, he formed Nattyboydesigns Company, (a T-shirt design company) and began selling T-shirts and other merchandise in 1992 on Court Street in Bermuda.

The artist has 3 children (2 boys & 1 girl). He enjoys walking, listening to music, reading, and of course drawing.

His work is featured in the BSOA gallery at City Hall, every year since 2006, participating in the MINDFRAME/PHOTOVOICE ART EXHIBITION.  He also volunteers at the gallery often.

His work is further on display @nattyboy_designs on Instagram and has an online cartoon (ISLAND CARTOONS) ft. @Bermuda Artists on Facebook.